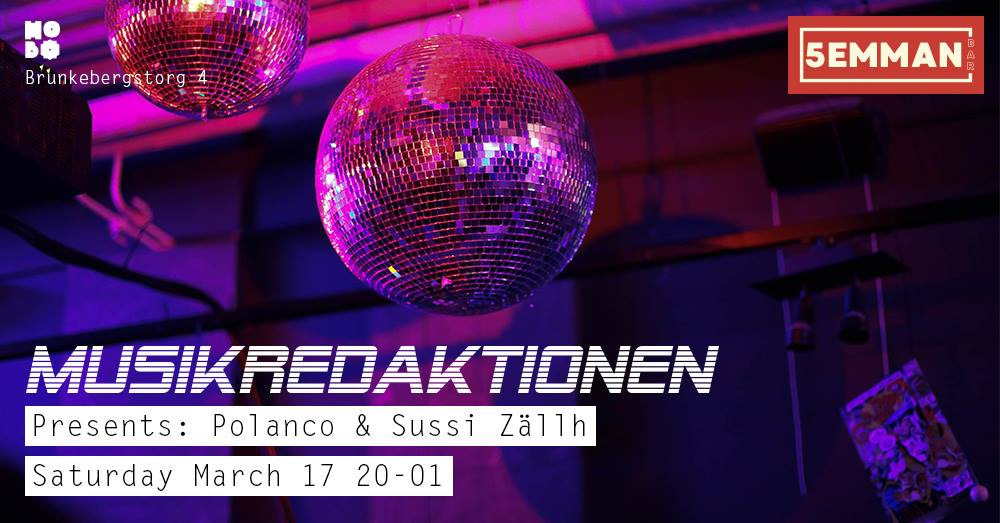 Musikredaktionen is a collective of selectors, heads and music lovers.
It started as a group among friends. A place where they could share their newest music findings with each other. As the years went by, the hidden group grew organically into a larger number of friends, friends invited friends, friends of friends and so on.

Now almost a decade later, the first Musikredaktionen is set to be the 17th of March.
Curated by its founding father Viktor Kløvvik

Although the group is hidden, the event is open for everyone ?

Sussi Zällh
Accompanied with a life of immense passion for music, her record collecting started in the late 80’s. Boogie and disco has filled the collection together with Chicago house, Detroit techno and everything in between. Sussi Zällh, also known by the alias Acid Sussi, is a household name in Stockholm.
You can find her at bars and clubs from dusk til dawn.

More information about Mr. Polanco will be announced next week.