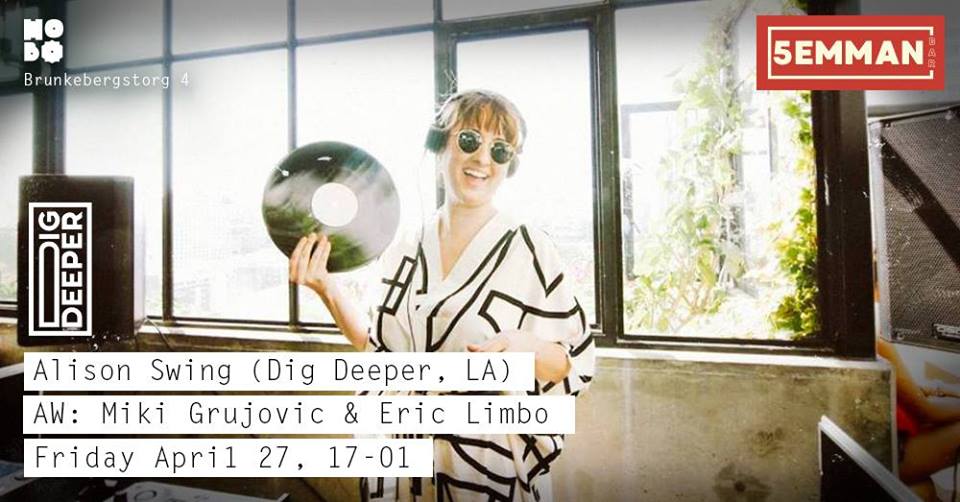 is an LA born and raised DJ, promoter, and self-described vinyl junkie whose love of records is outweighed only by the thrill of playing them to sweaty crowds. A student of rhythm, Swing has dedicated herself to exploring sounds that can make a body move, a skill she’s put to use spinning alongside supreme selectors such as Axel Boman, The Black Madonna, Jeremy Underground, and DJ Sprinkles. With her curator-in-crime, Masha, she is also a co-founder and resident DJ of Dig Deeper, the party series in-the-know locals flock to for un-Shazamable cuts spanning warm house, euphoric disco, Scandinavian beats, romantic techno, and everything in between—the weirder and funkier, the better. After a recent relocation to Berlin this past year things haven’t showed any signs of slowing down with shows across Europe and most recently a residency at Renate in Berlin.