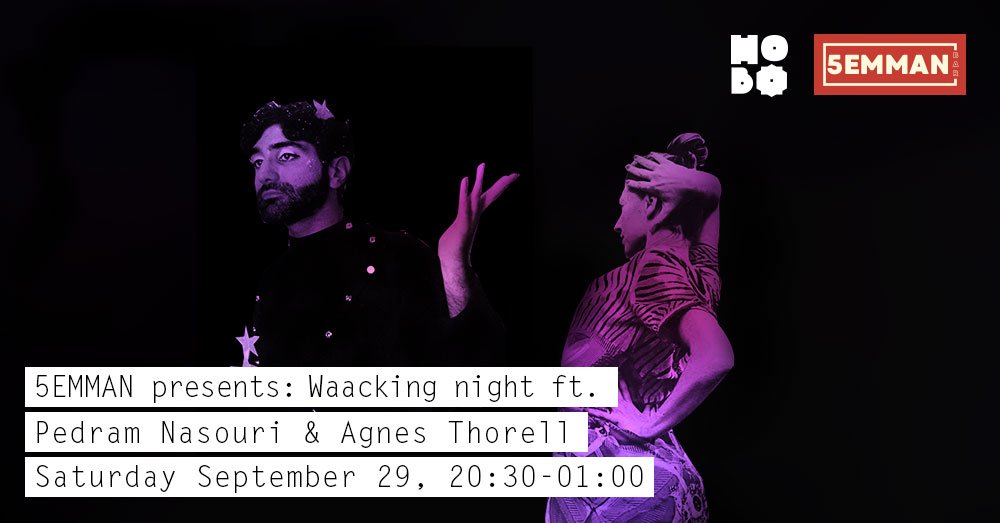 Welcome to this seasons premiere of Waacking night! As always, we will start off the evening with a free workshop in waacking led by the dancer Agnes Thorell, and the soundtrack will be set by Pedram Nasouri.

Waacking is dance that started in the 70’s gay clubs where where poor black, latino and asian people had to hide their gay identity in public. The sudden possibility to express yourself in public to disco & funk music was one of the few ways to escape societys brutal economic violence and condemnation of homosexuality. From this, the core values of waacking were born – and include celebrating individuality, self-expression, freedom and storytelling.

Waacking oozes with drama and the original style played on imitating silent film stars over-dramatic gestures. The arm rolls that originate in the shoulder, elbow and wrist were inspired by martial arts and the use of nunchucks. The waack is an arm movement that creates a striking motion. Literally, like you’re hitting or whack-ing something.

Before it was coined as waacking, it was called punking, The punks aimed to transform the derogatory term for gay people as “punks” to a positive action of “punking” the music.

”Punking means to make something your bitch. Instead of being defeated by a person or thing or situation, punking is how we flipped the script to make own it.” – Viktor Manoel

The enthusiast and dancer Agnes Thorell will lead us through the basics of waacking between the hours of 20.30-21.30. She got connected to the artform of waacking a few years back within the Swedish streetdance community and has been passionate about it ever since. The workshop is free for everyone to join, no matter if you have any prior experience of dancing or not!

Pedram Nasouri is a resident DJ at the gay club koxbox as well as countless of secret DIY-disco parties in Stockholm. His style is eclectic and unpredictable, but with a constant eye for the dancers. He will set the soundtrack with a lot of disco and funk that characterizes the dance, but also throw in some modern twist and turns.

Take this opportunity to learn some new moves, try some old ones, throw some shade and jack the groove. Entrance is free.