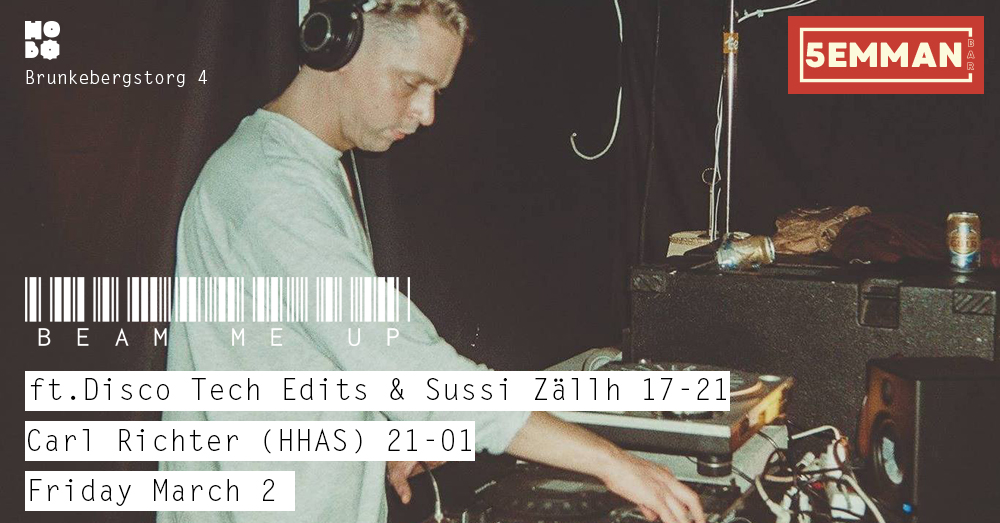 Beam Me Up is the new monthly music concept delivered by Niklas Disco Tech and Sussi Zällh
One friday a month they are given the opportunity to dig deep into their record collections and pick out their most groovy gems. Let’s go Disco folks!

Carl describes himself as an house enthusiast and sound explorer. Based in Malmö he’s been throwing clubs both under- and overground for more than 6 years now to be a house enthusiast, both in Crime City and across the bridge in Copenhagen. He’s also one of the brains behind the ever-evolving project H.H.A.S. (Hi-Hat Appreciation Society), the colorful club FAUNA and a frequent edit maker. Expect house in all nuances with an undeniable feeling and a constant groove.